HomeFAQWhat's the use of byproducts during cassava processing?

What's the use of byproducts during cassava processing? 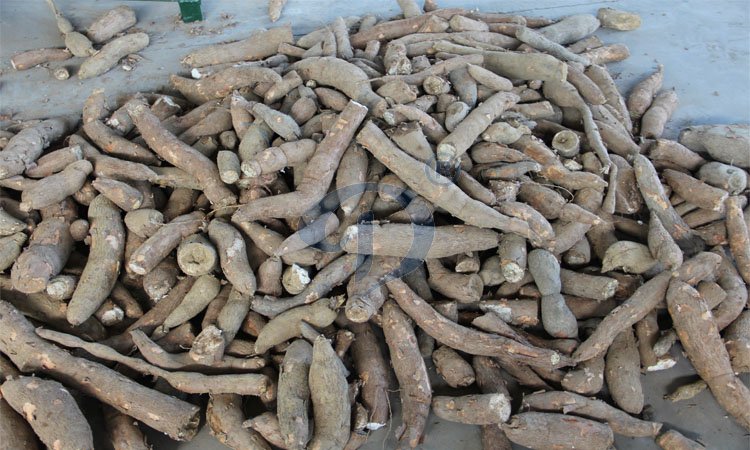 Cassava byproducts have long been used for animal feeding. Large quantities of cassava roots and cassava waste are utilized in the cassava-producing countries for this purpose. Imports of dried cassava roots and meal into European markets for the supply of the compound feed industry are also increasing.

This is the most common form in which dried cassava roots are marketed and most exporting countries produce them. The chips are dried irregular slices of roots which vary in size but should not exceed 5 cm in length, so that they can be stored in silos. They are produced extensively in Thailand, Malaysia, Indonesia and some parts of Africa.

The present method of processing chips in Thailand, Malaysia and some other countries is very simple, consisting in mechanically slicing the cassava roots and then sun drying the slices. The recovery rate of chips from roots is about 20-40 percent. However, the products are considered inferior in quality by some quality-conscious feedstuff manufacturers, although many others consider them satisfactory.

Preparation of the roots

When the roots are not sorted, peeled and washed, the chips are usually brown in colour and have a high content of fibre sand and foreign objects as well as hydrocyanic acid. Trimming, peeling and washing the roots in a similar manner as for the processing of cassava flour are recommended in order to produce white chips of superior quality.

The roots are shredded in a special machine, which is usually made locally. The machine consists of a rotating notched cutting disk or knife blades mounted on a wooden frame equipped with a hopper as shown in Figure 31. The cassava roots are cut into thin slices and pieces as they pass through the machine.

Sun drying is used mostly where the sliced roots are spread out on drying areas, or concrete floors of various dimensions. Experiments in Madagascar showed that the concentration of chips during drying should not exceed 10-15 kg/m2, the required drying area space being about 250 m2 for each ton per day of dried roots produced.

Similar to chips in appearance, but generally thicker and longer, they are often 12-15 cm long and can jam the mechanism of handling equipment. They are produced mainly in Africa where local processors prefer to produce longer roots because of the domestic demand mainly for products suitable for human consumption, as cassava is part of the staple diet. Once processed into chips the product becomes inedible, and the producer wants to conserve the local market.

The pellets are obtained from dried and broken roots by grinding and hardening into a cylindrical shape. The cylinders are about 2-3 cm long and about 0.4-0.8 cm in diameter and are uniform in appearance and texture.

Microbial protein is attracting growing interest owing to the enormous protein requirements of the world. Among the microorganisms which are considered possible food sources, yeast has perhaps stirred the greatest interest. Candida and saccharomyces yeasts have had a well-established place for many years as feed, and the technology of production, the composition and the nutritive value of yeast are well known.

Most of the production of yeast is based on such low-cost raw materials as waste liquids, wood hydrolyzates and molasses. Starch-rich plant materials from wastes or surplus production are also utilized as substrata for yeast production. Cassava starch and cassava roots are being used in Malaysia and some other countries for the production of yeasts for animal feed' the human diet and for bakery yeast. The starch is hydrolyzed into simple sugars (predominantly glucose) by means of mineral acid or by enzymes. Certain yeasts are then propagated which assimilate the simple sugars and produce microbial cellular substances. The dry, inactive yeast contains about 7 percent moisture and the raw protein content can vary between 40 and 50 percent depending on the raw material.

NEXT：What you need to set up one cassava flour plant ?