1. The potato feed workshop uses water flow for processing. The silt and sand impurities on the potato surface can be washed in the flow channel. 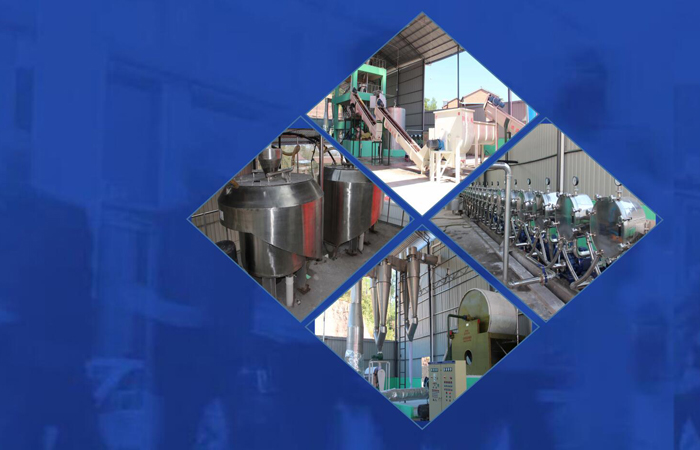 Potato starch production line machine
2. The screening equipment for the ground potato paste is a centrifugal sieve: the potato paste is added from the feed inlet and the wash water is introduced from another inlet. Under centrifugal force, the starch milk is discharged through the screen, and the starch residue is discharged from the front of the screen. discharge. This screening and washing are operated continuously 3 to 4 times. Starch slag after washing.
3. The starch slag produced by small factories is directly used as feed without being dried, while the starch slag of large factories is mostly dried. In order to save the heat energy consumption, it can be dewatered by the press and then dried by the air dryer. 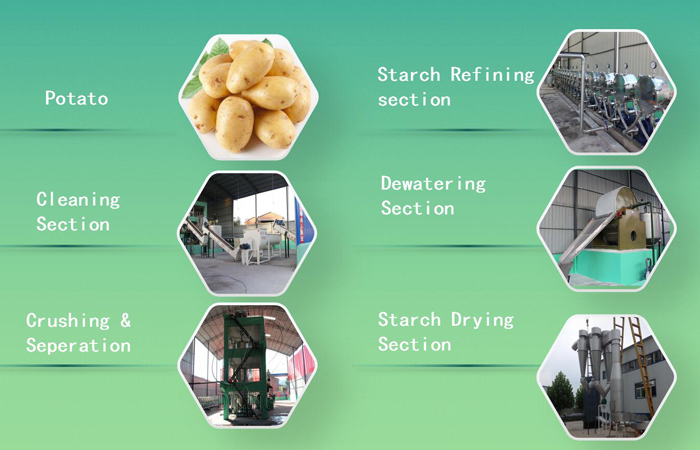 The potato starch production line machine
4. Separation of Proteins by Using a Disc Separator Instead of a Flow Cell: A hydrocyclone is also used, but it is not as effective as a disc separator. The concentration of starch separated and refined by the separator can reach 20 Baume, and then dehydration and drying to obtain dry starch

Henan Doing Mechanical Equipment Co.,Ltd can provide you the different style and scale potato starch production line machine according to your demand and your budget.

NEXT：How starch is made from cassava?