HomeNewsWhat is the use of cassava flour ?

What is the use of cassava flour ?

In the world of gluten-free baking, it takes real scientific acumen to develop recipes that are texturally comparable to traditional gluten-filled goodies; however, baking with cassava flour might be one of the most underrated ingredients in terms of making the process easier. Though not as widely popular as some other alternative flours, cassava flour can be a highly useful ingredient in catering to specialty diets, as it is grain-free, gluten-free, and nut-free. Let’s dig in a little deeper.

Maybe the more obvious question here is what is cassava? Cassava is a tropical plant that bears an energy-packed, tuberous root that’s rich in carbohydrates and is used in both sweet and savory dishes. The root is a staple food item in many South American and African countries, and is often referred to as yuca or manioc. The cassava tuber is dried and ground to produce cassava flour.

Finely ground, the flour has a very smooth, almost powdery, consistency that’s ideal for baking traditionally more dense treats, such as brownies or cookies. The root is mildly flavored with a faint nutty taste—however, it tends to have a more neutral flavor compared to other alternative flours like almond flour or coconut flour. It is also one of the few gluten-free flours that has a near 1:1 substitution ratio with all-purpose wheat flour in most baked good recipes that do not require significant rising. Being that cassava flour does not rise well when mixed with yeast (because of its lack of gluten), it is not the best substitute when it comes to yeasted baked goods.

There are a few best practices to keep in mind when you venture into baking or cooking with cassava flour. First, be sure to sift it or use a whisk to remove any lumps prior to mixing cassava flour with wet ingredients. You may need a bit less flour than what a recipe calls for if you’re substituting cassava in for all-purpose flour, because even though it’s very lightweight, it absorbs more liquid than wheat flour. (Alternatively, if the recipe is somewhat flexible, you can add more liquid as needed.) You can also mix and match cassava flours with other gluten-free flours to create the best baking mix for you.

How to produce cassava flour?

Our cassava peeler could handling large capacity of cassava and well cleaning. This cassava peeler machine is with stable operation and easy maintenance etc. 1. peeling 2. washing 3. do not hurt the material 4. material to the next stage automatically.

In the desanding process, sands and sawtooth etc coarse particle will be removed from cassava slurry. This unit is made of ceramic cyclongnetts, sands collection tank, automatic desanding valve and back flush device. back flush avoid cassava flour loss in desanding process. Desanded slurry is sent to dewatering unit.

Because there is hydrocyanic acid toxic substance in cassava peels. In this unit, we use filter presser to dewatering and detoxification process. 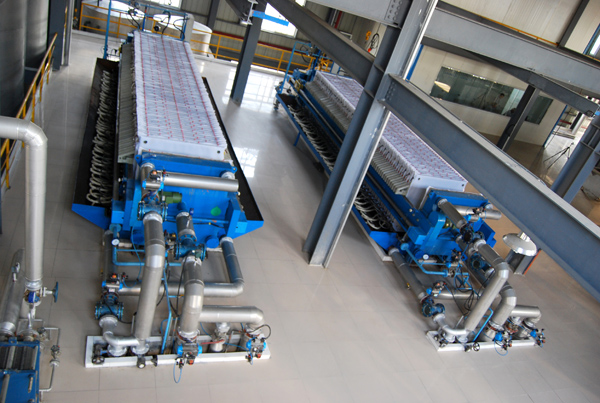 When slurry reaches to certain liquid position in slurry tank, start to dewater by filter presser. Then transport the material to cassava flour drying procedure by belt conveyor.

After packaging, you can see the well packed cassava flour just same as in the supermarket. 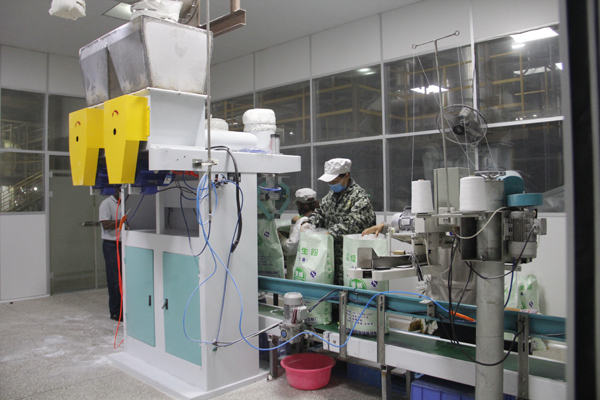 What is the use of cassava flour?

People in different area have different cooking babits. Brazilians use cassava flour and its byproducts in many of their traditional meals. The Brazilian side dish farofa is made of coarsely ground cassava flour that’s toasted and has a similar texture to couscous. It’s cooked in fat (preferably bacon fat) with onions and garlic. This dish is excellent served alongside a pot of feijoada—the Brazilian national dish of stewed meats and black beans. It’s also worth mentioning that (even though most recipes call for tapioca flour) cassava flour can also be used to make cheesy biscuits called pan de yuca.

Cassava flour is excellent for making flatbreads that you can griddle on the stove or grill outside. Blogger Lisa Bryan of Downshiftology even uses cassava flour to make tortillas and crepes at home. (Which reminds me—this flour is great to use for pancakes or waffles.) She recommends Otto’s Naturals as her favorite brand. An easy pizza crust or naan bread are likewise excellent recipes to try with cassava flour.

Use of cassava flour

In the case of brownies, cookies, and cakes you can swap cassava flour in for all-purpose in most of the traditional, standard recipes. You may need to spend a little time tweaking the flour/liquid ratio, but most recipes will more than likely not need major renovation. Brownies (and blondies) seem to be the easiest dessert to start with in your cassava flour substitution journey. In fact, if you perform a blind taste test, I guarantee many won’t hardly detect the difference between the two batches. Blogger Trisha Hughes of Eat Your Beets claims to have found the best gluten-free chocolate chip cookies using cassava flour; and by the looks of them, I’d be willing to give them a go. Or if you’re feeling adventurous, try making a decadent chocolate layered cake to celebrate your new favorite gluten-free flour.