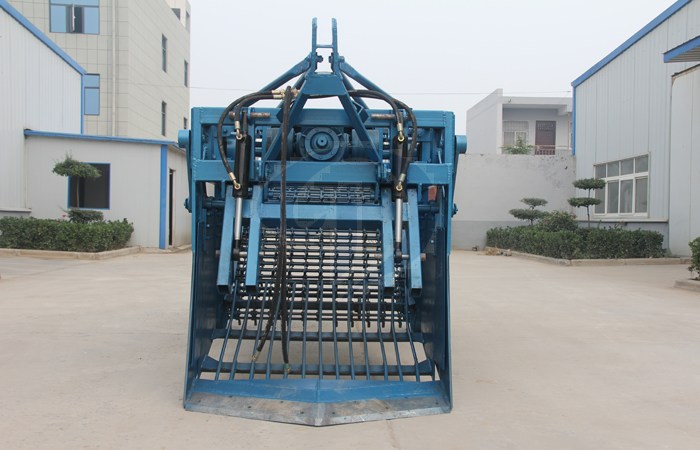 The cassava harvseting machine features a multi-blade system for cutting and a conveyor system for transporting cut cassava plants to the area where they are laid out horizontally in rows. A hydraulic motor provides the source of power for the blade system and the conveyor system. The multi-blade system features 30 circular saws, with 20cm. in diameter each, arranged into top and bottom rows. The bottom blades are set slightly forward, in order to cut the trunk first, then the tip. Circular blades yield cleaner cuts and less damage to the plant. The PTO (power takeoff) is used to send power from the hydraulic motor to the blades and conveyor systems.

Initial testing using three speed levels (1,500, 2,000, and 2,500 cycles per minute) showed that the most efficient speed is 2,500 cycles per minute. At this speed, the cassava harvester covered an area of 1 rai in 1 hour, with 22 percent damage to the crop, and consumed the fuel at 7 liters per hour. After the initial testing, the team made an improvement to the conveyor system, specifically the speed of the hydraulic motor, in order to slow down the transport function and achieve a more organized way of arranging the harvest onto the collector tray. A speed control valve was installed, to allow adjustment of the motor speed.

The cassava harvesting machine will replace the manual labor in future. 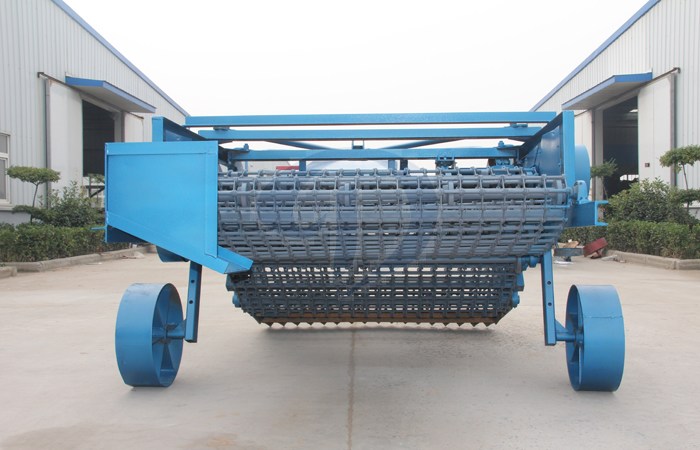